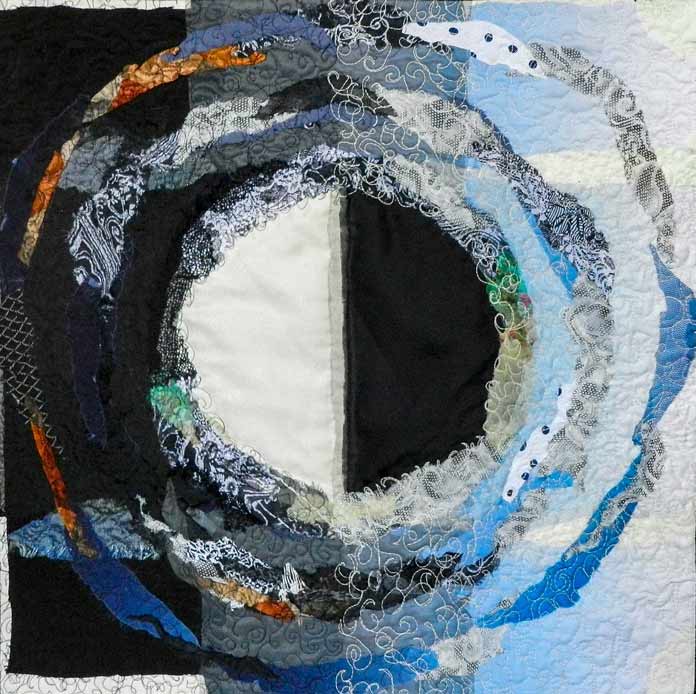 Transitions are a common occurrence in life that require movement from one state to another, sometimes abruptly, sometimes with planned steps. Often transitions demand a re-examination of self, our beliefs, renewed focus on the things that matter or ponderings such as the meaning of life, the life hereafter and so much more. Although transitions are often marked by a large variety of reasons and circumstances, they influence art.

Barbara Chapman is on a path of transition. Born in Newfoundland, Barbara has had both formal and informal art education. She completed the Art and Art History program at both, Sheridan College and University of Toronto (Mississauga Campus), followed by courses in painting, drawing, photography and print making.

Barbara has strong skills in traditional fibre techniques, along with other mediums like oil, acrylic and watercolour. But her life transitions have pushed her to try new techniques in fibre art and she sees herself continuing with textiles and oils on their own, as well as experimenting with combining the two forms.