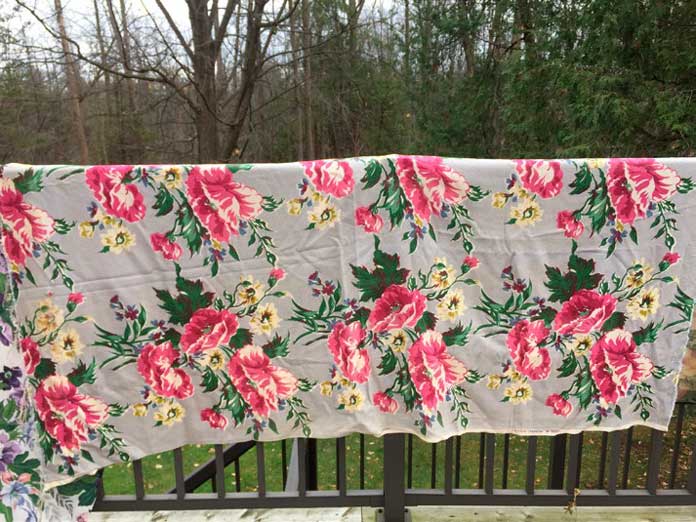 Growing up, I was fascinated by the colours, designs and textures of the many different fabrics that my grandmother and mother used in their sewing. As with many women of that era, making curtains, upholstery and slipcovers was a necessary task and barkcloth was often the fabric of choice.

The story of barkcloth is a fascinating one. Although exact details are lost, it is believed to be one of the first manmade fabrics, originating in Africa. The name comes from the method – peeling off the inner layers of bark from trees and pounding it until it became soft. This ancient art of making cloth is deeply imbedded in religious and ceremonial traditions, particularly in Uganda and clothing made from barkcloth is still used for special ceremonies.

By mid-century, barkcloth production was a busy industry in the South Seas and Pacific, particularly Hawaii, and is reflected in the tropical prints that were so common in the 1940s and ‘50s. Many servicemen came home from their stint in the Pacific with souvenirs of this exotic fabric.

Named for its uneven bark-like texture, barkcloth is made from a weaving process called ‘Momie’, one without an obvious grain or warp-wise lines.