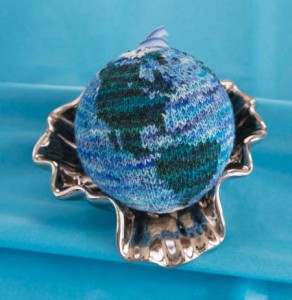 In 1990 the Voyager I spacecraft, at the end of its primary mission and 6 billion km from Earth, was turned to point backwards and take pictures of the solar system. One of these photos included the Earth as a tiny pale blue dot. Carl Sagan subsequently used the photograph’s name as part of the title of his 1997 book Pale Blue Dot: A Vision of the Human Future in Space.
Some of Sagan’s thoughts on this image include the line:

“To me, it underscores our responsibility to deal more kindly with one another and to preserve and cherish the pale blue dot, the only home we’ve ever known.”