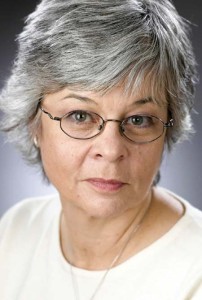 In the fall of 1998, shortly after moving back to Toronto, I was invited to a programming meeting for Mayworks Festival of Working People and the Arts at the Steelworkers Hall in downtown Toronto. It was there that I first heard about the disaster that happened at Hogg’s Hollow in 1960 and how it changed the nature of construction safety for workers in Ontario and the rest of Canada. Someone at the meeting said there should be a memorial to the five men who had died.
I have always been interested in the personal stories of ordinary people caught up in extraordinary events. History for me is not just made up of the doings of politicians and the lives of Kings and Queens. It is also about the changes and choices made by men and women in exceptional circumstances in which they find themselves. Their stories intrigue me. This curiosity inspired me to make this project happen, just as with Pulling Together. I had to know more.
Hogg’s Hollow is a valley surrounding the Don River that runs west and east across the northern part of the city of Toronto. After World War II, over fifty thousand Italians emigrated from Italy to Canada, many of them settling in Toronto, which was booming. Construction workers were needed to build housing in the expanding new suburbs as well as the infrastructure that make big cities work. The Italian tradesmen were known as hard workers with finely-honed construction skills. In the natural flow of these things coming together, one would think it would be a marriage made in heaven; but that is not how society worked in the real world of 1950s Toronto.
Immigrant workers were grossly taken advantage of. Without a command of the English language and not knowing their rights, and, with so many looking for employment, they accepted what jobs they could get. Men were picked up in the early morning hours on the back of trucks around the city and dropped off wherever they were needed.
Read more in our Spring 2009 issue.