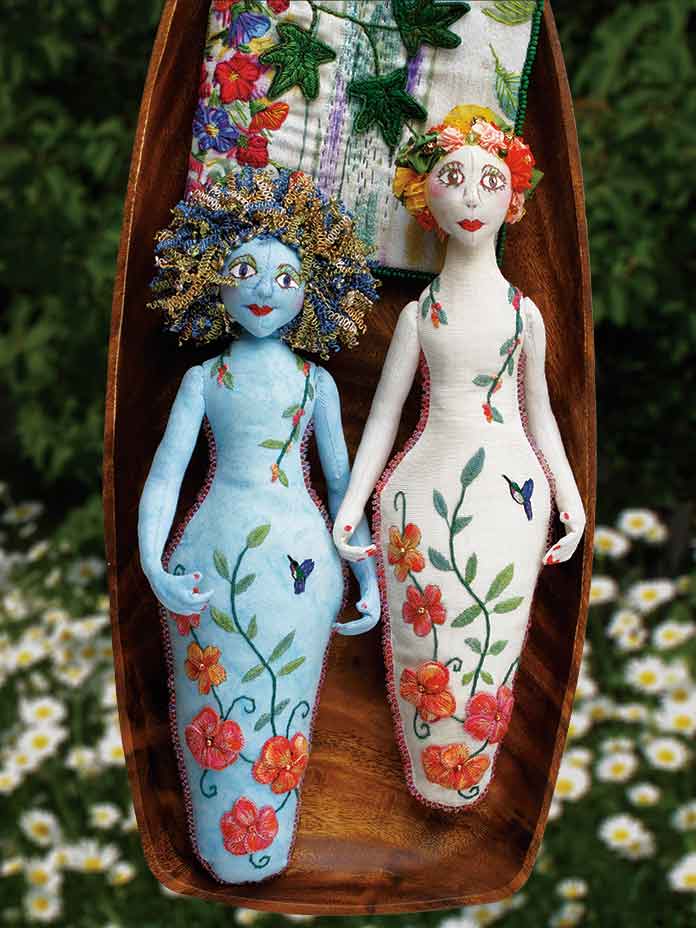 Lucy Garvin and Sherry Del Rizzo have both appeared in A Needle Pulling Thread magazine on their own, Festive 2008 and Summer 2010 respectively. They imagined it would be a fun and creative for our readers if they joined forces to create a special feature.

When they met, Sherry and Lucy were both members of the Toronto Guild of Stitchery. Sherry was known for teaching stumpwork and embroidery classes. Lucy’s interests were just changing from hand to machine work.

A chance encounter at a guild meeting started it all. Lucy pulled a cloth doll out of a plastic bag and Sherry noticed it. They began talking, realized that they shared a common interest in cloth dolls and a friendship evolved. They began to get together to work on dolls, tried out new techniques and see where it could take them. Any medium was fair game but both always returned to fabric and thread.