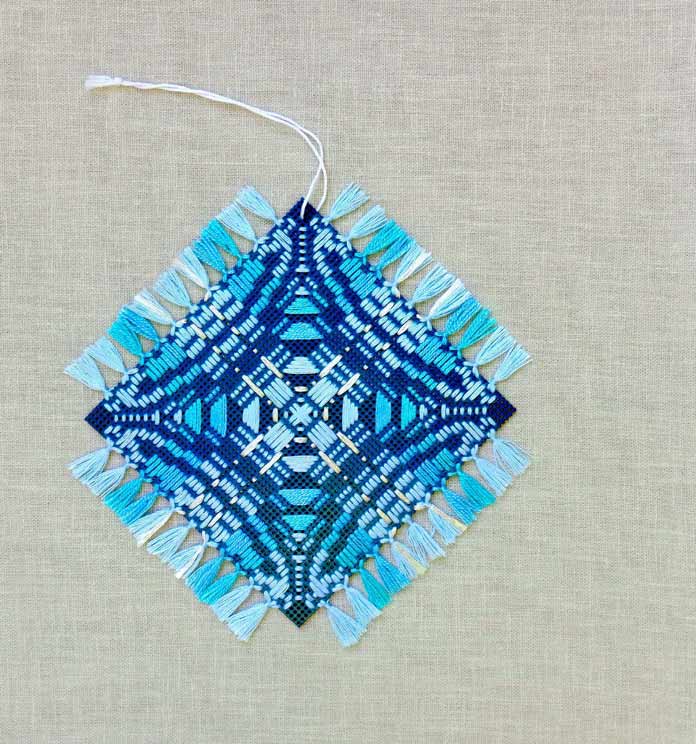 The idea of the stitched Pavouk came from the 3 dimensional straw ornament that’s very popular in Belarus. The word pavouk means ‘a spider’.

Because of its shape, it’s considered a sacred item, and the process used to craft it, is believed to repeat God’s geometric process of the creation of the Universe.

A straw Pavouk is typically made at the beginning of a new year and is believed to protect the home and its family the whole year long. It is thought to catch negative energy and transmute it, very much like a dreamcatcher.

It’s usually hung to the ceiling or doorway and often to a crib. It can be hung at the window or in the car.

A stitched Pavouk may also be framed.

The design for this talisman is based on the ‘ripples-on-water’ design often used on Belarusan coverlets.

Read more in our Issue 49.
Download the PDF pattern now.